Over the past five years, the number of English Learner (EL) students statewide in the graduating student cohort has increased nearly 50%. 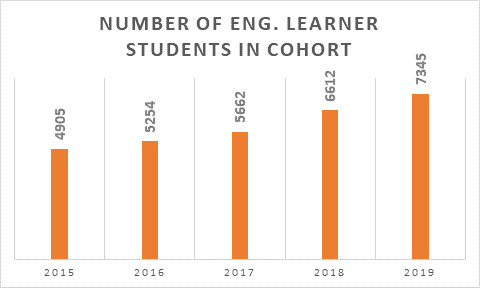 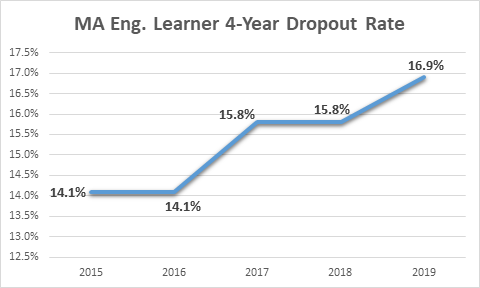 The state's 26 Gateway Cities represented 46.8% of the 2019 EL cohort. The 4-year dropout among these communities ranged from 0% in Westfield to 40% in Peabody. 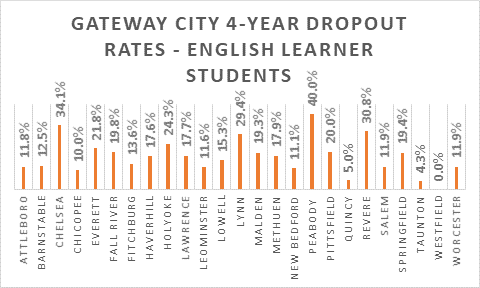 Looking at the ten Commissioner's Districts, New Bedford made the greatest gain from 2018 reporting a 71.9% graduation rate compared to 58.6% the previous year. Springfield also saw a slight increase, up 3.1 points from 2018. 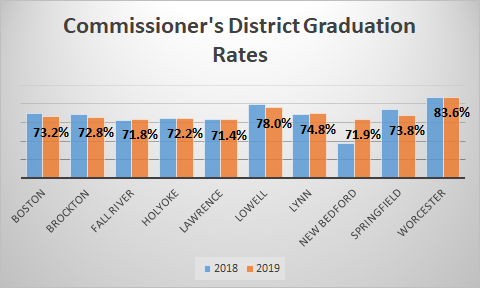 The state also reported that 73.9% of students with disabilities graduated in 2019. In many of the Commissioner's districts, the graduation rate for that particular population was under 60%. 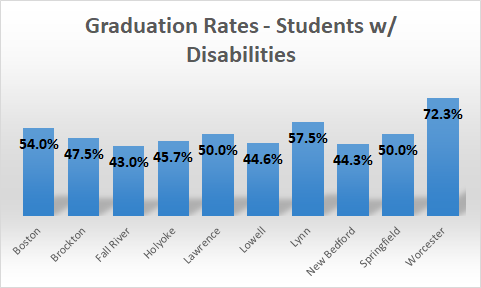 Similarly, 78.5% of low income students statewide graduated in 4 years with rates in the above mentioned districts ranging from 68.6% (Fall River) to 80% (Worcester).

In Lynn, the graduation rate district wide was up slightly from 2018 (+0.5) with both Lynn Classical and Lynn Tech reporting more substantial increases from 2018. 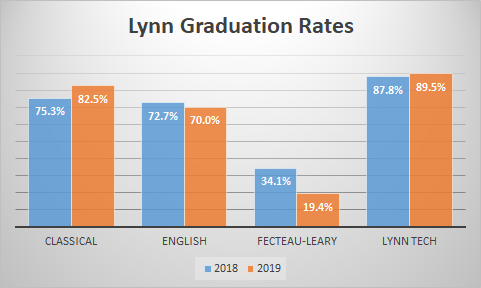