The Massachusetts Department of Elementary and Secondary Education (DESE) recently released the kindergarten enrollment figures for the state as of the October 1, 2019 for the current school year. Statewide, enrollment is up slightly from last year and has been steadily increasing since 2015-16. 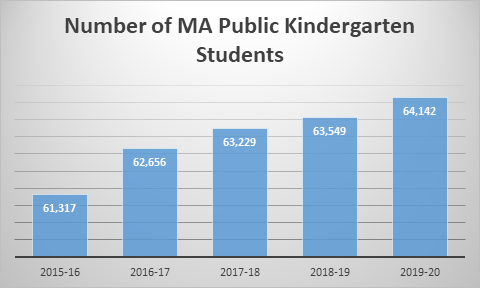 While the vast majority of public school students in Massachusetts attend kindergarten full-time, there is a population of kindergarten students who attend part-time. 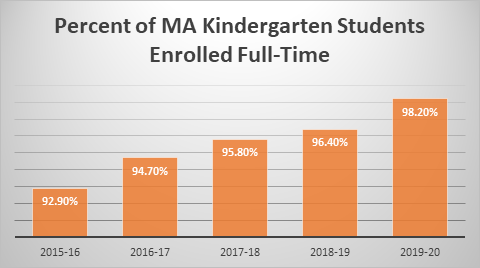 In terms of selected populations, the number of Hispanic/Latino and English Learner students at the kindergarten level are up from last year while the number of Asian and African American/Black students are down. 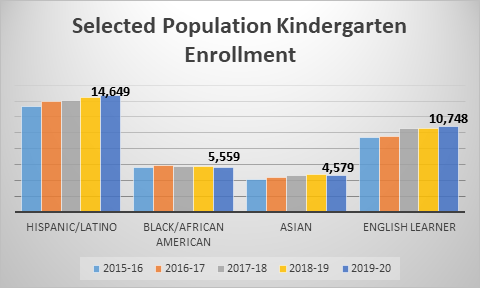