The graduation rate for this class was 75.8%. The other students either remained in school for at least a fifth year (8.1%), were considered non-grad completers most likely due to not passing the MCAS exam (2.9%), or obtained a GED (1.4%).


Dropout rates did vary at the individual school level.

Finally, a comparison of the ten Commissioner's Districts.

On January 27th, the Massachusetts Department of Elementary and Secondary Education released the 2014 graduation rates at the district level. In 2014, Lynn's four-year graduation rate was 75.8%, an increase of 0.1% from 2013.

Overall, the statewide four-year graduation rate was 86.1%, up 1.1% from the previous year.


Graduation rates in Lynn did vary at the individual school level.


Graduation rates at Lynn Classical and Lynn Tech are down slightly from 2013 while Lynn English and Fecteau-Leary saw increases.


Below is a comparison of the graduation rates of the Commissioner's ten urban districts for 2014.


Of the urban districts, Worcester had the highest graduation rate in 2014 followed by Lynn. Lawrence, which is current under state receivership as a Level 5 district, saw a 5.6% increase in its graduation from 2013 to 2014.

In last week's, the Daily Item published a story regarding concerns Lynn School Committee member Charlie Gallo had regarding the attendance of colleague Donna Coppola at Negotiation sub-committee meetings and his request for removal from Coppola's sub-committee memberships by Mayor Kennedy. While the article touched upon some of the issues raised, the complete letter was not published. See below for the full letter written by Charlie Gallo. 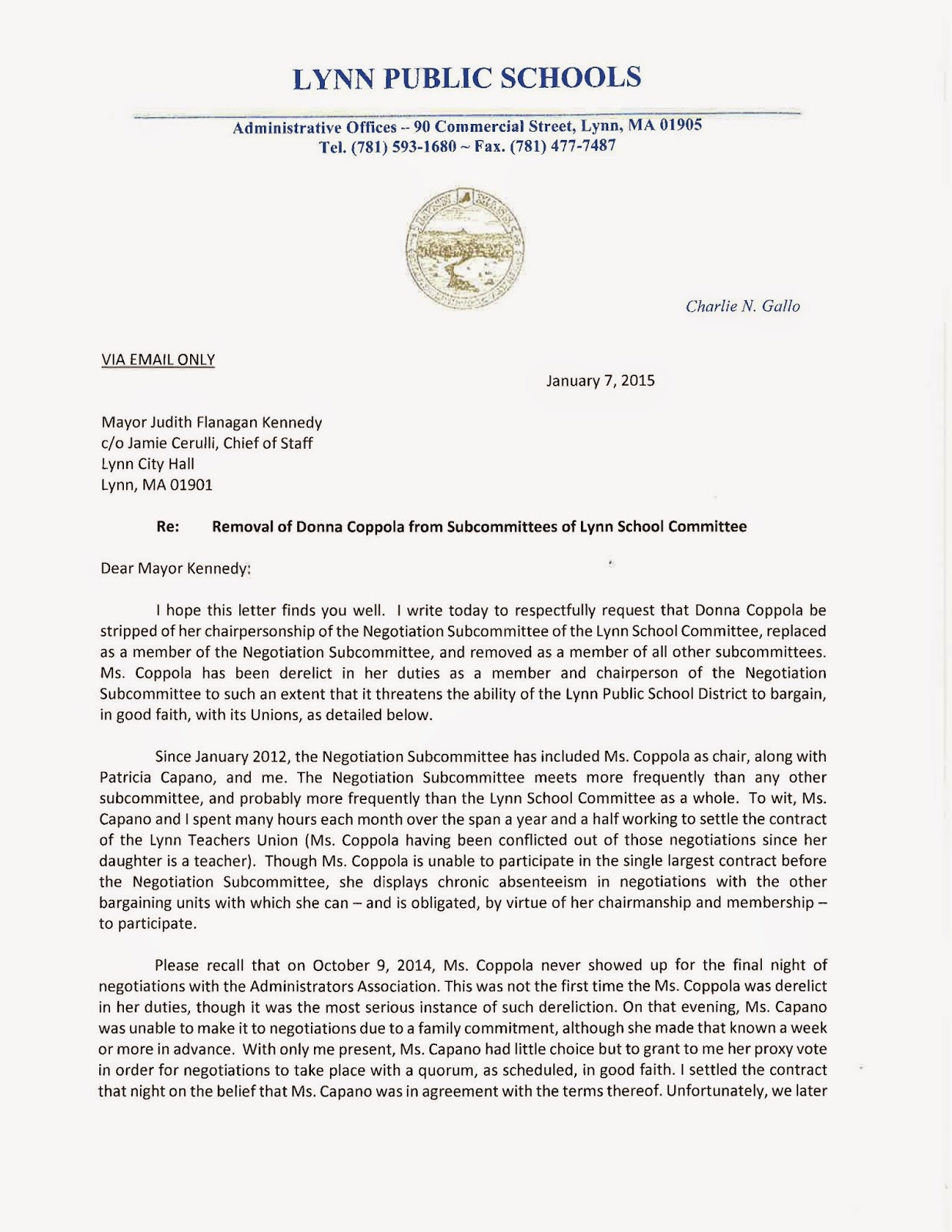 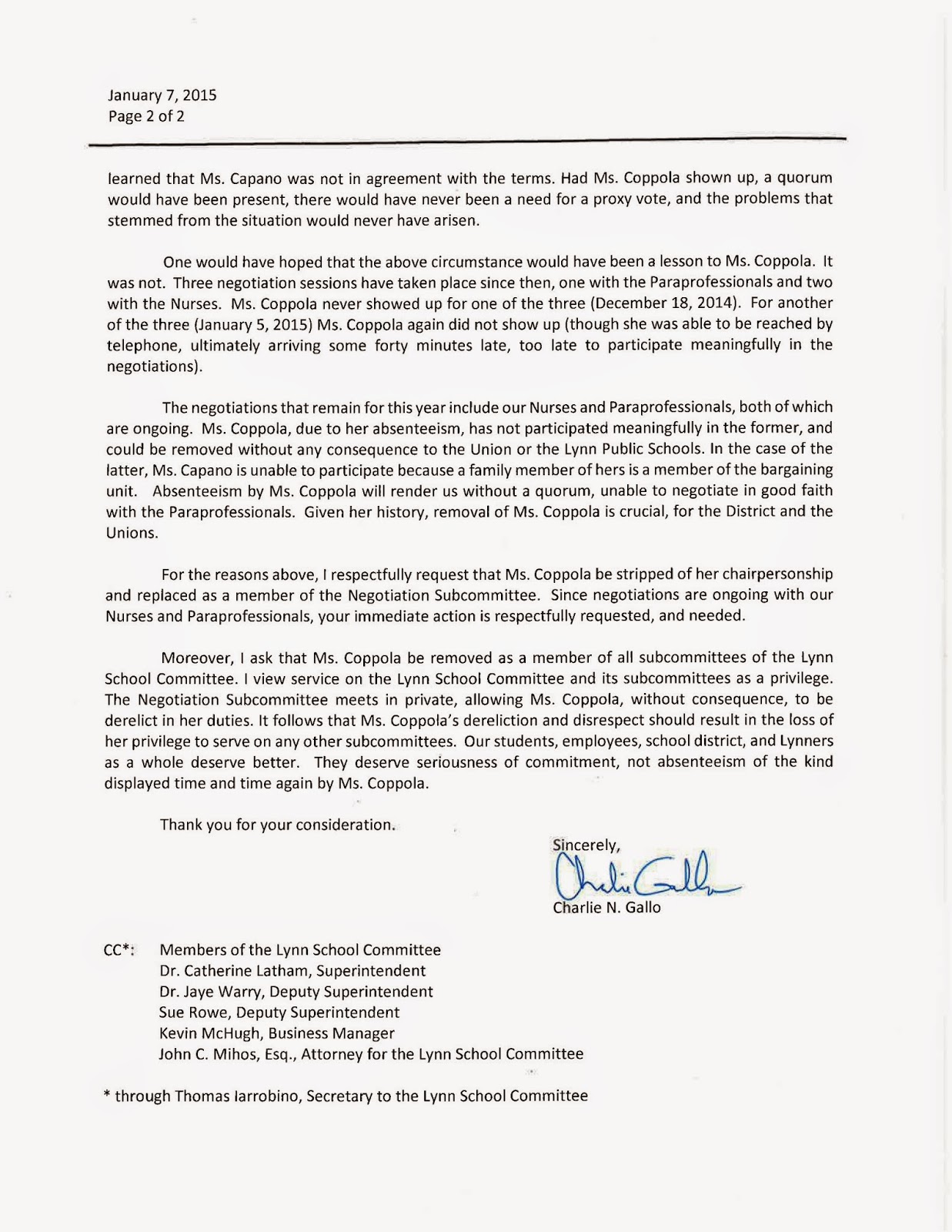