According the the Massachusetts Department of Elementary and Secondary Education's School Discipline report, 3% of students statewide received an out of school suspension during the 2018-19 school year. Of note 5,400 Massachusetts students were suspended for a physical fight, 5.126 for illegal substances, 941 for bullying and 71 for sexual assault. Suspensions for sexual assault in particular were up from 60 during the previous school year. 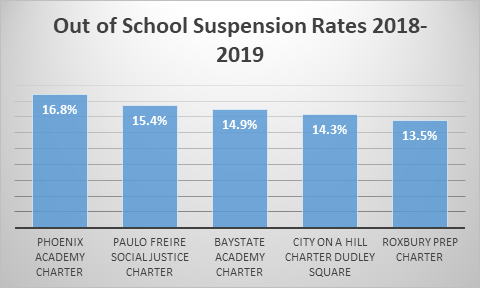