Yesterday, Lynn held it municipal election for both City Council and School Committee. Overall, turnout in the city was approximately 20% (19.99% according to the unofficial results to be precise). Voter turnout did vary depending on ward with Ward 1 posting the highest turnout at just over 30% and Ward 4 with the lowest turnout at 12.21%. 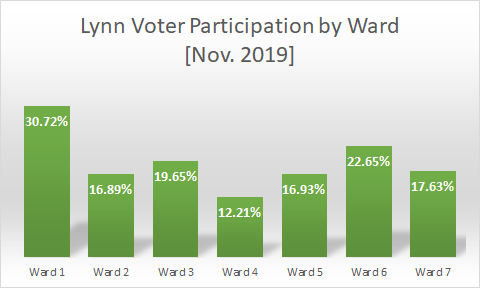 
Turnout in this year's municipal election was the lowest it has been in city elections during the past decade. 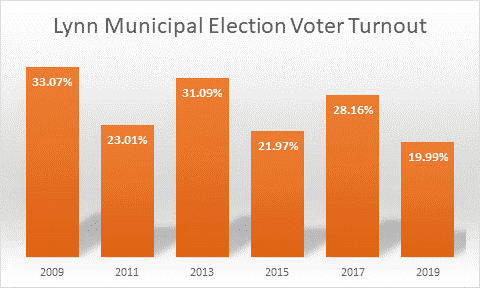 When comparing turnout just in elections where there is no mayoral race like the election this year, turnout was also lower overall. 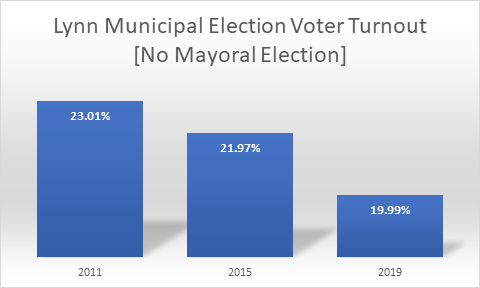 In 2020, voters in the city will have the opportunity to cast their vote for President, US Senate, Congress, State Senate and State Representative. Voter turnout in Lynn during the last presidential election (2016) was 65%.